Most King and Pawn endings are relatively simple to play, but there are exceptions called "corresponding square" positions that are technically very complicated. Most players below the level of Expert wouldn't even know that these endings exist. I have had a couple of these kinds of endings memorized for around 25 years, but this particular ending I did not know. My first impression looking at the position is that the game would be a draw. As White, Grandmaster Firouzja lost to the world champion Magnus Carlsen because he did not find the correct move here. The right move is counterintuitive. However, I would assume that most professional players would know these positions by heart. 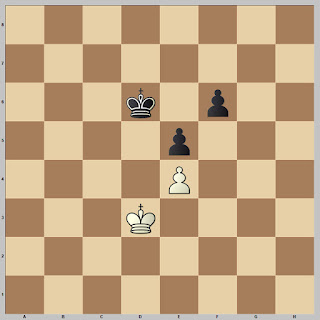